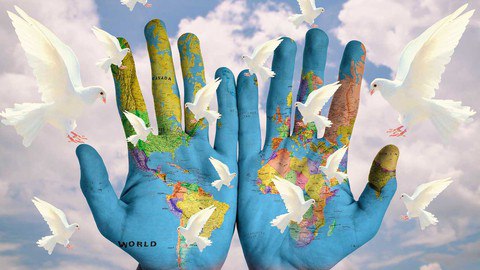 
What you will learn

To know about the concept of Peace

To discuss about the the conceptual framework of Conflict

To discuss about the basics of Human Rights

To identify the significance of peace in society

The United Nations Charter notes that the United Nations was founded to “save succeeding generations from the scourge of war.” Tragically, there have been over 250 armed conflicts since the Charter was signed in 1946. Sustainable Development Goal 16: Promote Just, Peaceful, and Inclusive Societies, calls for all Member States to promote peaceful co-existence among people. Some of its primary targets include reducing arms flows and combatting organized crime, as well as significantly reducing all forms of violence worldwide.

Today more than 600 million young people live in volatile and conflict-prone areas. Young people are disproportionately affected by the multiple and often interlinked forms of violence such as political violence, organized crime and terrorist attacks which exact human, social and economic costs. In the past decade, the recruitment of young people into violent and extremist groups has led some to view youth as a threat to global security and stability. However, research shows that the number of young people who actively participate in violence is a small minority, while the vast majority of youth are not prone to violence, despite the injustices, deprivations and abuse they can confront daily, particularly in conflict zones. Moreover, a growing body of evidence suggests that they can and do play active roles as agents of positive and constructive change, and the recently adopted Security Council Resolution 2250 on Youth, Peace and Security highlights this fact. It is a formal recognition of the positive role youth can play in the maintenance of international peace and security.


The maintenance of global peace and security is a cross cutting issue that is critical to achieving all the Sustainable Development Goals. Several UN offices are involved in the promotion and maintenance of international peace and security including: the Security Council, General Assembly, Secretary-General, Departments of Peacekeeping Operations, Field Support and Political Affairs and the Peacebuilding Support Office. Universities and institutions of higher learning are also important actors because they educate future leaders and peacemakers, who will shape the course of peace building in the world.