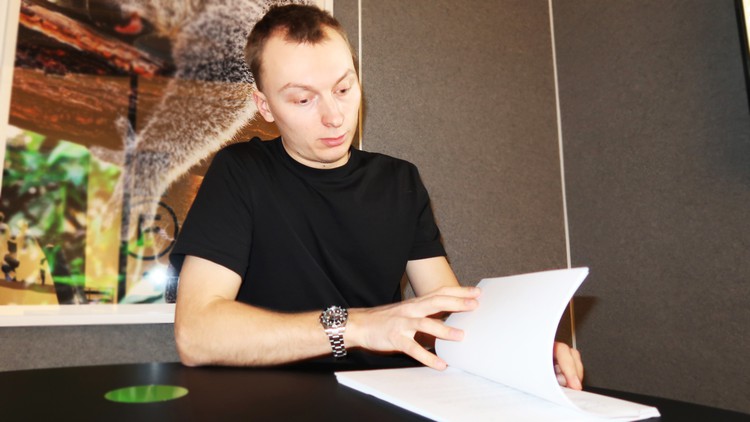 Learn how to produce an independent feature film by yourself

Learn how to work with small budgets

Learn how to work with crew and different film departments

Learn essentials to ensure smooth pre-production, production and post-production of your film

When I was younger and decided to become a filmmaker I decided to come to London and study film at the university. Six months into my course I quit university when I realized that the information provided there was not sufficient for me to make a film. I was young, broke, and all I had was a dream, all I needed was the information and guidance.

As times changed, I had to adapt to constantly changing technology. I learned a lot about filmmaking from the Internet, but there was one thing that I couldn’t find online, and that is how to actually make my own film. A real film, a feature film. A film that I can share with the whole world. A film that I can watch on TV. I needed to find a way to make a film without relying on people donating their money for my film or without hurting friends and family by asking them to help me make my film.

So that’s what I did. I rolled my sleeves and jumped into self-education. As years went on I made mistakes, I improved, and I learned from my own failures. And this is what this course is all about. I know how important and how hard it is to make a feature film, but don’t feel down. Let’s make your movie and share it with the world.

Where To Find Money

Where To Find Money

Production (Keep It Under Control)

Production (Keep It Under Control)

Making Your Money Back

Making Your Money Back